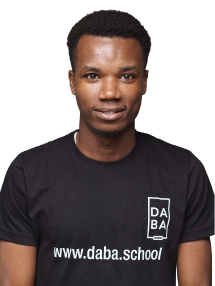 While traders are constantly showing concerns about Bitcoin’s volatility, it’s however – very crucial to know what makes the value of this particular digital currency highly unstable. Just like many other assets, the value of ‘Bitcoin’ also depends upon the rules of demand and supply.

However, It is worth knowing that the value of Bitcoin can be volatile if compared to more established commodities and currencies. This fact can be credited to its comparatively small market size, which means that a lesser amount of money can shift the price of Bitcoin more prominently. This inconsistency will reduce naturally over time as the currency develops and the market size grows.

After being teased in late 2016, Bitcoin touched a new record high level in the last month of 2017 – and as well created new all-time highs on the 13th of March 2021 at some exchanges. There could be several factors causing Bitcoin to be volatile. Some of these are undermentioned:

Fluctuations Of The Perceived Value:

Another great reason for Bitcoin value to become volatile is the fluctuation of Bitcoin’s perceived value. You may know that this digital currency shares similar properties with gold. This is ruled by a design decision by the makers of the core technology to restrict its production to a static amount, 21 million BTC. Due to this factor, investors may allocate less or more assets to Bitcoin.

Bitcoin users are mostly scared by different news events including the statements by government officials and geopolitical events that Bitcoin can be possibly regulated. Different bad news created fear in investors and prohibited them from investing in this digital currency. An example of bad headline news is the eminent utilization of Bitcoin in processing drug transactions through Silk Road which came to an end with the FBI stoppage of the market in November 2013. This sort of story produced panic amongst people and caused the Bitcoin value to decrease greatly. On the other side, veterans in the trading industry saw such negative incidents as evidence that the Bitcoin industry is maturing.

Various news agencies and digital media play an important role in building a negative or positive public concept. If you see something being advertised advantageously, you are likely to go for that without paying much attention to the negative sides. There has been news about Bitcoin security breaches and it really made the investors think twice before investing their hard-earned money in Bitcoin trading. They become too susceptible to choosing any specific Bitcoin investment platform.

Lastly, the aforementioned are the reasons why Bitcoin is said to be so volatile – which of course is nothing new compared to every other market. Like it is said that: “The Money To Be Made In Any Market, Lies Upon The Volatility Of That Particular Market”.